Dawn of the “Flying Saucers” Era 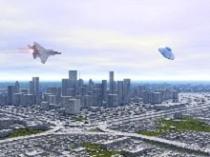 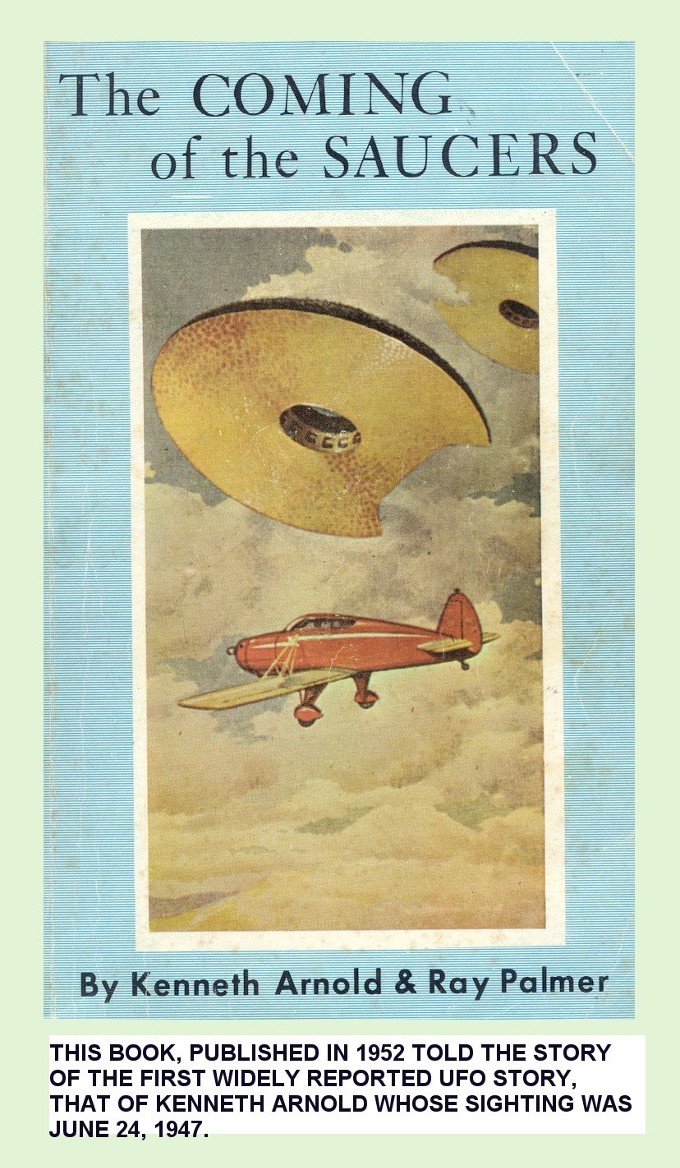 The Saucer Error
By Martin Kottmeyer

Ufologists from time to time express the sentiment that UFOs just can't be a myth. Look at them. That shape. How do you explain where it came from. Space travel was supposed to involve rockets, not these disc-shaped marvels. The whole phenomenon is just so, well, alien from what you'd expect.

J. Allen Hynek, one of the leading ufologists of his time, put it this way:
Why flying saucers? Why not flying cubes or flying pyramids, or for that matter, why not flying pink elephants or even flying buildings, reported from a hundred different countries? Indeed if UFO reports were entirely the result of excited imaginations, why not hundreds, possibly thousands, of totally and radically different types of reports as people of different cultures let their locally conditioned imaginations loose?
~Hynek UFO Report, Dell, 1977
John Prytz, who has defended the extraterrestrial hypothesis against psychosocial interpretations of the UFO phenomenon in a fascinating series of articles, devoted a whole article ("UFO Genesis" MUFON UFO Journal, September 1982) to exploring this conundrum. There weren't any "sci-fi films" playing in 1947 and the serials before that date, The Purple Monster Strikes and Flash Gordon, only involved rockets. He checked the newspapers of the period and couldn't find anything in the cultural environment which could have stimulated the saucer phenomenon. The period was boring. He concluded:
The timing of the genesis of the modern UFO phenomenon, which cannot be logically accounted for, is yet another forceful argument for the external nature of, and external intelligence behind, the UFO, and yet another nail in the coffin of the pro-internal- intelligence advocates.
UFO historian David Jacobs has echoed Prytz in his paper, "The New Era of UFO Research" (Pursuit, #78, 1987) and more recently in Secret Life and asserted there was no precedent for the saucer configuration in popular science fiction films, popular science fiction, or popular culture in general. The objects seemed "well beyond that produced by the technology of 1947 and it became immediately apparent that the witnesses were seeing something that could be entirely unique."
There is a trivial sense in which Prytz and Jacobs are simply wrong. Disc-shaped spacecraft have a number of precedents in popular culture. They appear in the well- known and widely distributed Buck Rogers comic strip as early as 1930. Flash Gordon was battling a squadron of deadly "space-gyros" in 1934 in his strip. Even better, they can be seen dangling around, thanks to the gloriously crude special effects of 1938 Hollywood, in the Flash Gordon movie serial, Rocketship based on that strip. Science fiction illustrator Frank R. Paul repeatedly used disc-shaped space vehicles in his art for the early pulps. Others followed his example. I regard these as trivial however because I accept them as coincidences inevitable in a large body of artistic creativity. Artists utilized every geometric form they could think of and when imagination failed them they preferred to fall back on the convention of the rocket. If the images of science fiction were the determinant of what people should have been imagining in 1947 we should have had a wave of ghost rockets, not flying saucers. So what was the determinant?
Oddly enough, we got flying saucers because of a journalist's error. 1947 was an exciting time in aviation history. New advances and innovations were turning up regularly and speed records were being broken as pilots aimed to break the sound barrier. Chuck Yeager would win that prize on October 14, 1947. Four months earlier, on June 24, 1947, Kenneth Arnold surprised the world by reporting nine objects flying by Mount Rainier at the incredible speed of 1,200 miles per hour. It was an incredible mystery and was such a sensation that it made front page news across the nation. Soon everyone was looking for these new aircraft which according to the papers were saucer-like in shape. Within weeks hundreds of reports of these flying saucers were made across the nation. While people presumably thought they were seeing the same things that Kenneth Arnold saw, there was a major irony that nobody at the time realized.
Kenneth Arnold hadn't reported seeing flying saucers.
In a memoir of the incident for the First International UFO Congress in 1977 Arnold revealed the flying saucer label arose because of a "great deal of misunderstanding" on the part of the reporter who wrote the story up for the United Press. Bill Bequette asked him how the objects flew and Arnold answered that, "Well, they flew erratic, like a saucer if you skip it across the water." The intent of the metaphor was to describe the motion of the objects not their shape. Arnold stated the objects "were not circular." A look at the drawing he did for his report to the Air Force shortly after the incident confirms the truth of that statement. It is hard to describe in a word or two; beetle-shaped is the best I can come up with. However you describe it, one thing is clear. It is not the elegant alien geometric perfection we have come to know and mystify ourselves over.

We can from these facts derive the answers to Hynek's questions. The reason excited imaginations didn't come up with hundreds of radically different variations is that they were constrained by Bequette's description of the objects. The phrase "flying saucers" provided the mold which shaped the UFO myth at its beginning. As time progressed people would draw them, looking as they sound like they look. They in turn shaped hoax photos and the imagery of films like The Flying Saucer and The Day the Earth Stood Still and dozens of alien invasion films and TV shows in the decades that followed. It remains the stereotype to the present day. By one tally 82% of the craft descriptions in alien abduction reports fall into the flying saucer category. It can be found in nearly all the well-known cases: Betty & Barney Hill's interrupted journey, Herb Schirmer, Travis Walton, the Andreasson affair, Whitley Strieber.

Prytz's and Jacobs' arguments miss the mark because one doesn't need to look beyond Bequette's error to understand the unambiguously cultural genesis of the saucer mystery. Arnold's report was itself the source of excitement in the otherwise almost boring period of 1947. The speed of the objects caught everyone's attention and guaranteed that the whole world would add the phrase "flying saucers" to their vocabulary within a matter of days. Science fiction had nothing to do with this; the interest in fast planes was the determinant.

Bequette's error may not prove to be the ultimate refutation of the extraterrestrial theory for everyone. But it does leave their advocates in one helluva paradox: Why would extraterrestrials redesign their craft to conform to Bequette's mistake? 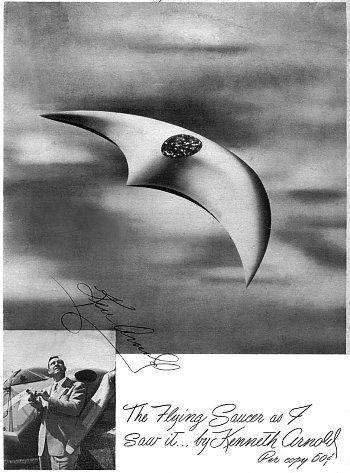